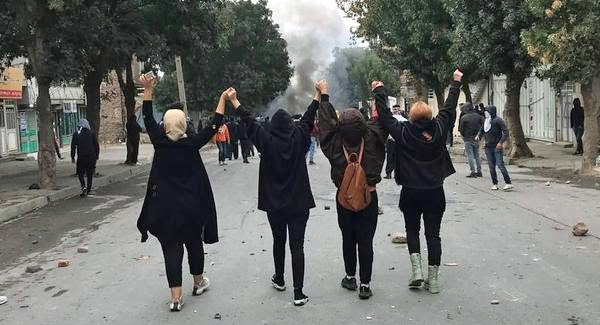 It is now day 90 of Iranian revolution, 90 days of resistance, bravery and civil disobedience in the face of one of the most oppressive state acting with utmost brutality on the streets and in prisons. By now more than eighteen thousand people were arrested including prominent rights activists, journalists, lawyers, trade unionists and student activists. More than 500 were killed including 64 children, more than 5000 people were wounded indluding 600 people who lost their eyes forever. Many lost their lives under torture and their families are threatened to remain silent in order to be able to bury the body of their loved ones. While state brutality and firing live amunition on empty-handed protestors have not forced them to back down, the state has turned to executions to intimidate the population. At least two young men were executed after very short judicial processes, sham trials, and torture for forced confessions. Now ‘Jin, Jiyan, Azadî” has turned to “revolt against execution/state murder”. As members of Netzwerkmedienvielfalt!, we gathered to produce this piece using resources on social media as well as speeches in demonstrations and podium discussions that happened in support in Germany. This episode is dedicated to all those lives lost fighting for “woman, life, freedom”.